There were various bilateral meetings held between Commonwealth leaders on the sidelines of the Executive sessions. 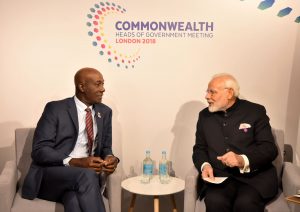 In a interactive session ‘Bharat ki Baat, Sabke Saath’ at the historic Central Hall Westminster, PM Modi expressed his views on a range of topics from the recent Kathua and Unnao incidents, 2016 surgical strikes to the current state of democracy.