The new diplomatic complex of the Embassy of the Kingdom of Saudi Arabia in New Delhi is a testimony to the significance of diplomatic relations between the two countries. 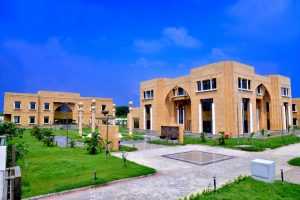 It was inaugurated on February 20, 2019 by Minister of State for Foreign Affairs and Member of the Cabinet Adel bin Ahmed Al-Jubeir and Late Ms Sushma Swaraj, Former Minister of Foreign Affairs, Government of India during the visit of His Royal Highness Prince Mohammed bin Salman bin Abdulaziz Al Saud, Crown Prince, Deputy Prime Minister and Minister of Defense.

COVER STORY
Author Envoy Excellency BureauPosted on July 17, 2020
Born on 18 July 1918 in the Transkei village close Umtata, a small farming village in South Africa, Nelson Rolihlahla Mandela is one of...