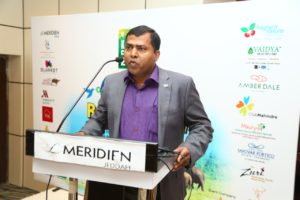 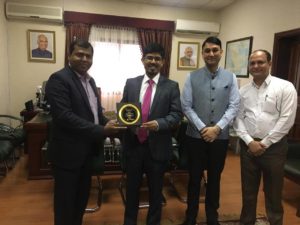 The Consulate General of India, Jeddah also appreciated efforts of him in materializing the signing of Memorandum of Understanding (MOU) between SIBN and Vibrant Goa Foundation and Trade Promotion Council of India (TPCI) in the year 2019.

Apart from SIBN activities he also appreciates the contribution of Mir Gazanfar Ali Zaki for helping Indian Community including during Amnesty etc.

He also wishes him all the success in his future endeavours.

During the tenure of Md. Noor Rahman Sheikh, Consul General of India and Vice-Patron of SIBN from June, 2016 to July, 2020 SIBN organize and conduct more than 100 programs. 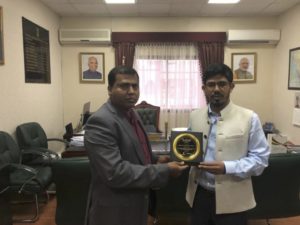 Indian Ambassador Dr. Ausaf Sayeed is the Patron of SIBN, Indian Consul General Md. Noor Rahman Sheikh is the Vice-Patron and Mrs. Hamna Mariyam, Consul (Commerce & P/I), is the convener of SIBN and Mr. Amjad Shareef, MRA is the Coordinator of SIBN.

SIBN is a professional organization that groups together entrepreneurs, senior executives and professionals from Saudi Arabia and India. Formally launched on March 13, 2005, SIBN aims to be the nodal point for high-level interaction between the business communities of India and Saudi Arabia. Indian Ambassador Dr. Ausaf Sayeed is the Patron of SIBN is the founder of SIBN.

SIBN aims to act as an informal interface to promote trade and commerce, business alliances, joint ventures and investments between India and Saudi Arabia on a bilateral basis. SIBN aims at introducing Indian companies to the vast opportunities that exist in the Kingdom and to aid them in projecting their expertise and strengths in various disciplines for prospective alliances with business and trade organizations operating in Saudi Arabia. It also aims to provide a reciprocal interface for business and trade organizations established in Saudi Arabia to explore business opportunities in India. SIBN has facilitated many business delegations to support Indo-Saudi business relationship.