President Shri Ram Nath Kovind , Visit to Equatorial Guinea, Swaziland and Zambia on 7th -12th April, 2018. This visit is the first ever visit of HOS/HOG of India to Equatorial Guinea and Swaziland. The President is accompanied by the First Lady and Minister of State for Road Transport, Highways & Shipping, Chemicals & Fertilizers, Shri Mansukh Mandavia and two Members of Parliament. 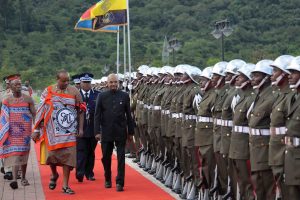 During the visit to Swaziland, President Shri Ram Nath Kovind will be received by His Excellency the King of Swaziland and accorded a ceremonial reception on his arrival in Swaziland on 9th April, 2018. 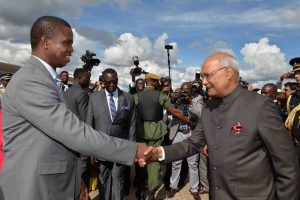 President Shri Ram Nath Kovind would arrive in Lusaka, Zambia on 10th April, 2018. Received by His Excellency Mr. Edgar Chagwa Lungu, President of the Republic of Zambia and would be accorded a ceremonial welcome. The Presidential Visit to Zambia is taking place after 29 years.

COVER STORY
Author Envoy Excellency BureauPosted on July 17, 2020
Born on 18 July 1918 in the Transkei village close Umtata, a small farming village in South Africa, Nelson Rolihlahla Mandela is one of...